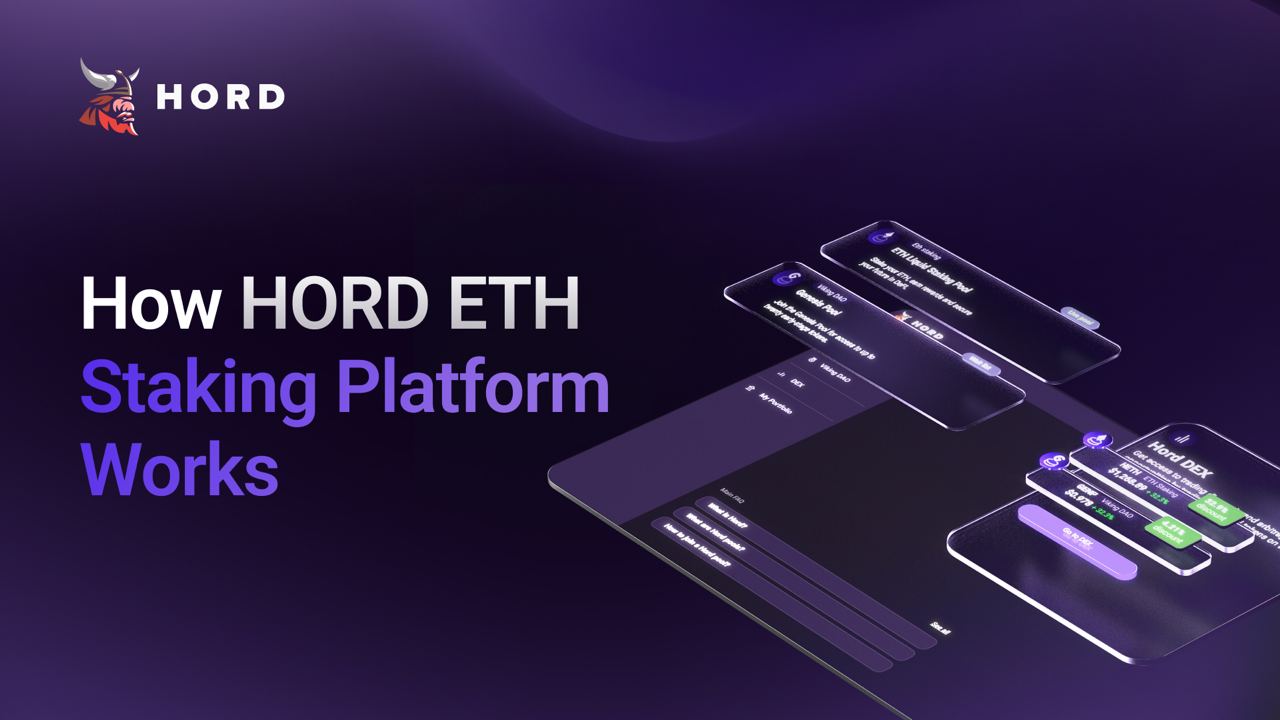 Hord announced last week the plan to launch a liquid Ethereum staking platform. The purpose of this post is to provide a more detailed explanation of how the platform works, hETH, and the advantages of Hord's platform.

Proof of Stake (PoS) is a consensus algorithm used in some blockchains to validate transactions and produce new blocks. It is an alternative to the proof of work (PoW) algorithm, which is used in Bitcoin and other cryptocurrencies.

The main difference between PoW and PoS is that in PoS, a user must have a certain amount of tokens or coins in order to become a node, validate transactions, and produce blocks. This is known as “staking,” and the user is called a “staker.”

What is ETH Staking?

Ethereum (ETH) holders can stake their ETH in order to receive rewards in the form of additional ETH.

Once the ETH is staked or locked in a smart contract, the ETH will become part of Hord’s nodes. Nodes validate transactions on the Ethereum network and earn transaction fees.

Staking requires a minimum of 32 ETH technical know-how, and a dedicated computer connected to the internet. Most ETH stakers earn an average of 3-4% APR.

Hord ETH staking requires no minimum and offers a better APR by combining ETH staking, MEV rewards, Hord rewards, and compounding all rewards back into the pool.

What is a decentralized Ethereum staking pool?

A decentralized Ethereum staking pool is a network of nodes that pool their computing resources to validate transactions on the Ethereum network. Validating transactions allows users to earn rewards for staking their Ethereum.

What happens to the staked ETH?

Staking is the process of locking up Ethereum (ETH) tokens to validate transactions on the Ethereum blockchain to earn rewards. The more ETH you lock up, the more rewards you will receive. Users receive hETH which represents the ETH they have staked and rewards.

What is Liquid Staking?

Liquid staking refers to the process of staking tokens through a third-party provider. With liquid staking, tokens are deposited, staked, and a tokenized receipt is issued that can be redeemed for staked tokens. The receipt represents staked tokens that can be traded or used as collateral.

At Hord the liquid token is hETH which represents both the user’s staked ETH and rewards earned. hETH can be traded and used across the DeFi ecosystem.
‍

What is the difference between self-staking and liquid staking?

Self-staking is a process of locking up one’s own ETH in order to receive rewards in return. Liquid staking, on the other hand, involves pooling ETH with other users in order to receive rewards. The main difference between the two is that self-staking requires a minimum of 32 ETH, some technical knowledge, and maintaining validator up-time. With liquid staking, funds are pooled with other users, and Hord maintains the validator and technical aspects.
‍

How do I unstake my ETH?

Currently, it is impossible to unstake ETH. Unstaking will be implemented after the Ethereum Shanghai hard fork, which is anticipated in the Spring of 2023. Following the hard fork, users can unstake their Ethereum easily via Hord’s app.

Users that want to liquidate their position prior to the Shanghai hard fork can trade their hETH.

Why should users stake ETH via Hord?

We will offer lower fees than competing pools. It’s also risky for the Ethereum ecosystem to have a large portion of the ETH staked in one or two platforms. More staking options are needed to keep Ethereum truly decentralized and healthy.
‍

How is the APR calculated, and where are the rewards coming from?

To calculate the APR, we take the last 7-day increase of hETH’s price - which is taken according to (total amount of users' ETH in validators & rewards) divided by the number of hETH minted. The rewards come from the block rewards issued by the Ethereum network for staking ETH, MEV rewards, and additional Hord rewards. These rewards are auto-compounded and redistributed to the pool. The rewards and staked ETH grant hETH (that represents the amount of ETH + rewards in the pool) its value.

What is MEV or Maximal Extractable Value, and how does it work?

Maximal Extractable Value (MEV) is a term that describes the maximum amount of value nodes can extract from blocks in the Ethereum network. Through front running or other forms of transaction reordering, validators can extract the maximum value and earn higher rewards.
‍

What are the benefits of joining a decentralized Ethereum staking pool?

Joining a decentralized Ethereum staking pool has several benefits. Firstly, you can stake any amount you’d like without restrictions. You also benefit from the pool’s scale, as all the nodes in the pool work together to earn rewards. Staking with Hord Staking Pools is also more accessible, with a user-friendly interface that makes staking and withdrawals easy.
‍

Is it possible to keep the crypto in my wallet when staking ETH with Hord Staking?

What is the Hord ETH Staking APR?

The Hord ETH staking APR may fluctuate due to various reasons, including market conditions. The exact rate can be found on the Hord website. The APR displayed APR reflects a rolling 7-day average of the return users can expect to make over a year.

Where can stakers trade their hETH?

For now, through our DEX. Once the Shanghai upgrade is completed, users will be able to redeem their ETH directly on our platform.

How are ETH staking platforms different and why should I use Hord staking?

ETH staking platforms differ in terms of the type of rewards they offer, the fees associated with staking, the user experience, and the security measures they employ. Hord is a secure and user-friendly staking platform that enables users to stake their ETH and receive rewards easily. Hord also offers competitive rewards and lower fees which help users maximize their staking rewards.

By providing a transparent dashboard to track the performance of portfolios, Hord bridges the gap between traditional finance and DeFi. 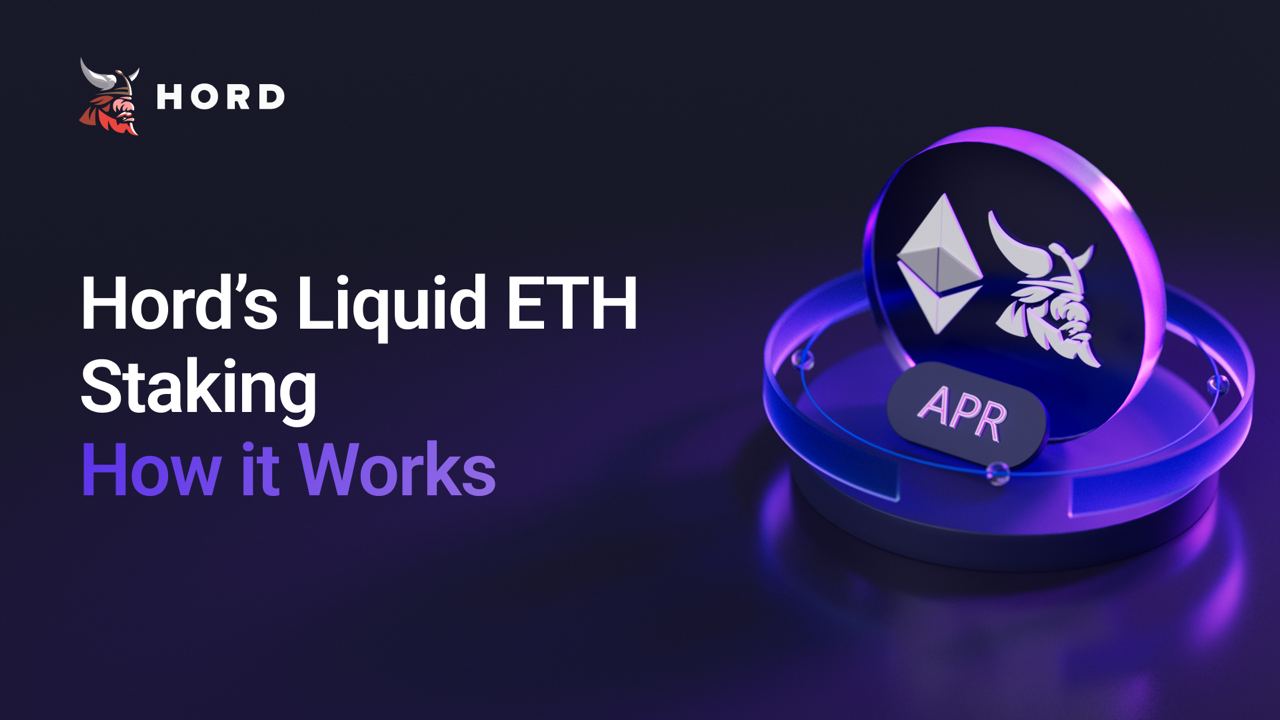 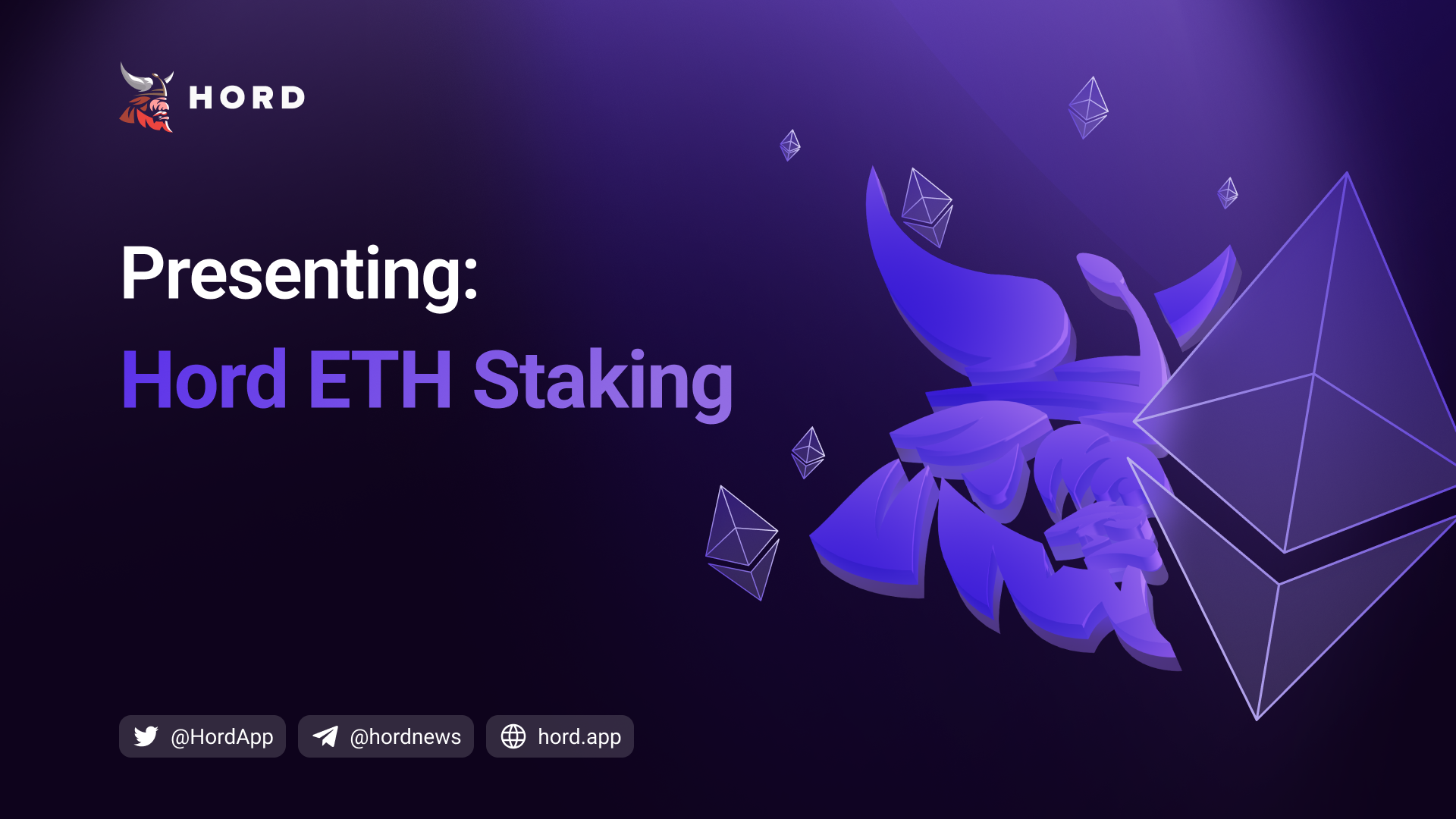 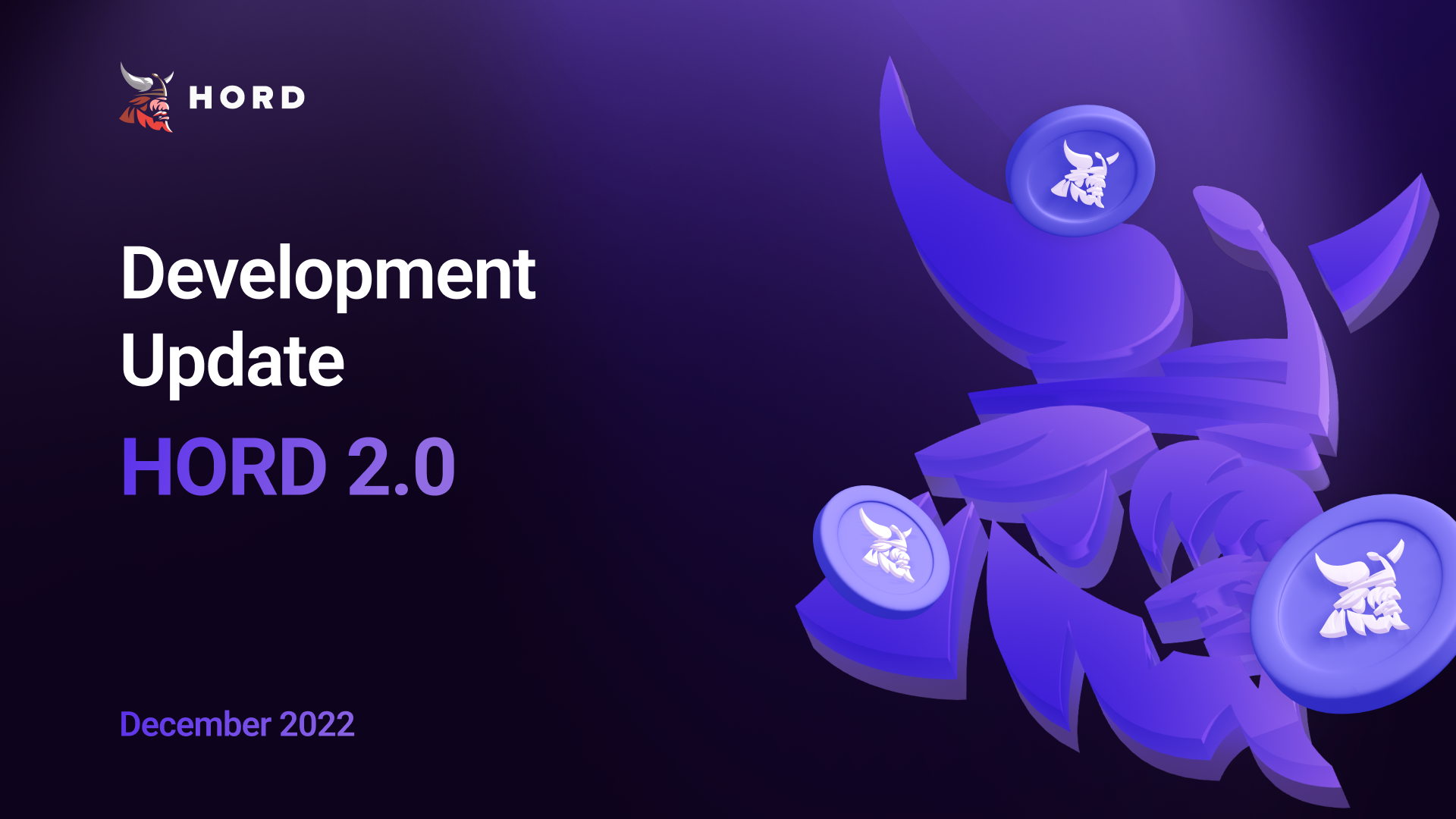 We use cookies to give you the best experience. Learn More